WILLIAM SHATNER'S 'TWIST IN THE TALE'  15 x 1 hour films for television, narrated by the Hollywood legend

Head of Development and Chief Writer on the following series -

THE ADVENTURES OF THE SWISS FAMILY ROBINSON  A new telling of the famous story,

THE ADVENTURES OF WILLIAM TELL  A supernatural, fantasy version of the tale.

THE ENID BLYTON ADVENTURE SERIES  A modern day version of the famous books. 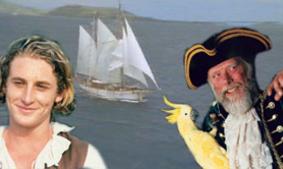